The current state of microchips for network equipment is difficult at best, depending on a supply chain that can cross over 70 international borders and 31,000 miles before reaching its end destination, with processes in Texas, Michigan, Malaysia, Germany, and China before landing at the port in California for distribution. The many limitations in travel and supply chain staffing brought about by the COVID-19 pandemic have made what was already a just-in-time supply chain into a mess, one that’s expected to continue for the foreseeable future. With chip supply shortages contributing to lead times as far out as 400 days for your networking equipment, price increases due to inflation, and missed shipping dates, how will your company keep up?

In a recent report titled “What Are My Options for Dealing With Long Lead Times on Network Equipment?” Gartner mentioned, “We expect lead times to remain high through early 2023, at which point we expect slow incremental improvement over the course of months.” This leaves many companies scrambling to get their network hardware in place, with the report citing ways to increase capability, but only one of which puts more hardware into your servers, while one is a touch on the sneaky side. 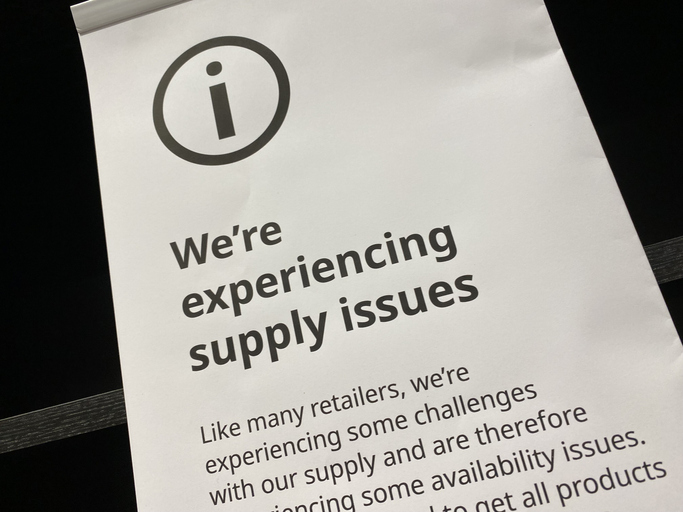 Many company switches are operated at less than 75% port capacity, according to the report by Gartner, with campus and enterprise switches often underutilized so that rapid growth or cable simplification can be achieved. “We estimate at least 25% of campus and data center ports are unused, and likely more. Thus, reducing excess capacity via consolidating connectivity can readily free up 10% to 15% of switches for most enterprises, while leaving room for growth.” By using existing hardware effectively, you won’t have the option for growth in the future, but it may get you past the worst of the shortages and delays. It will require changes and recalling of the network, along with downtime and labor.

2) Move to the cloud

When you switch your network to the cloud, your hosting or cloud provider will have to come up with the network hardware, but because the hardware is often shared among many companies, there’s a lower overall demand for chips. This allows you to avoid having to purchase new data-center switches and similar equipment. In the report,

The solution to everything: Move to the cloud. Enterprises can avoid buying data-center switches and other hardware if they move workloads to hosting providers or public cloud providers. The report also recommended putting x86 servers in place instead of network appliances that have low interface counts, including routers, firewalls, and load balancers.

What happens to relatively new equipment that isn’t used for very long? It’s refurbished and resold. Though it’s not brand new, the recertification process still provides you with some protection in terms of a warranty or similar benefits. This can include equipment from top brands including Cisco and HPE Aruba. Though the equipment maybe a little older, the lead time is often only days to weeks versus months to over a year.

Many companies will change out hardware well before the end of its useful life by months to years. Just because you have a switch that is approaching the end of its warranty doesn’t mean it will immediately break down. Instead of automatically retiring it, try negotiating with your vendor to get an extended service contract to get more use out of existing assets.

These solutions provide you with a range of options you may not have considered.